Caritas Anchor House has been shortlisted by the Charity Times Awards 2015 category of Social Champion, for which they were Highly Commended Runner-Up in 2014 and 2013. This accolade recognises organisations that have consistently delivered an outstanding service to their end-beneficiaries, been clear in their social changing goals and demonstrated all round excellence.

This award is the latest in an impressive history of accolades for Caritas Anchor House. As well as being Highly Commended Runner-Up for the Charity Times Social Champion award in 2014 and 2013, the charity has previously been recognised as a National Centre of Educational Excellence, and won accolades for Inspiration in Training and Education, Innovation in the Community, Best Use of Technology and a commendation for Charity Principal of the Year. 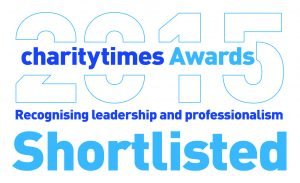